Abstract: Free radical polymerization is often used to prepare protein and peptide-loaded hydrogels for the design of controlled release systems and molecular imprinting materials. Peroxodisulfates (ammonium peroxodisulfates (APS) or potassium peroxodisulfates (KPS)) with N,N,N,N-tetramethylethylenediamine (TEMED) are frequently used as initiator and catalyst. However, exposure to these free radical polymerization reagents may lead to modification of the protein and peptide. In this work, we show the modification of lysine residues by ammonium peroxodisulfate (APS)/TEMED of the immunostimulant thymopentin (TP5). Parallel studies on a decapeptide and a library of 15 dipeptides were performed to reveal the mechanism of modification. LC-MS of APS/TEMED-exposed TP5 revealed a major reaction product with an increased mass (+12 Da) with respect to TP5. LC-MS2 and LC-MS3 were performed to obtain structural information on the modified peptide and localize the actual modification site. Interpretation of the obtained data demonstrates the formation of a methylene bridge between the lysine and arginine residue in the presence of TEMED, while replacing TEMED with a sodium bisulfite catalyst did not show this modification. Studies with the other peptides showed that the TEMED radical can induce methyleneation on peptides when lysine is next to arginine, proline, cysteine, aspargine, glutamine, histidine, tyrosine, tryptophan, and aspartic acid residues. Stability of peptides and protein needs to be considered when using APS/TEMED in in situ polymerization systems. The use of an alternative catalyst such as sodium bisulfite may preserve the chemical integrity of peptides during in situ polymerization
Template and target information: thymopentin, TP5 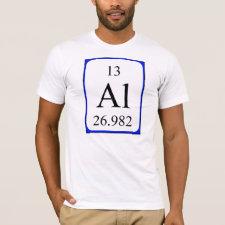