Abstract: In (III) ion-imprinting polymer (In (III)-IIP) was prepared with the surface imprinting technique by using indium (III) ion as the template ion, vinylphosphonic acid (VPA) as the functional monomer and silica gel grafted as the support. The In (III)-IIP prepared was characterized by Fourier transform infrared spectroscopy (FTIR), scanning electron microscopy (SEM), Brunauer-Emmett-Teller (BET), thermogravimetric analysis and energy dispersive X-ray spectrometer (EDX). The adsorption behavior of the In (III) ion-imprinting polymer and non-imprinting polymer (In (III)-NIP) was investigated in detail by batch and column experiments. Optimum pH for maximum sorption was found to be 3.0. Kinetic studies revealed that both adsorption processes could be better described by pseudo-second-order kinetic model, while the sorption equilibrium data agreed well with the Langmuir isotherm model. The maximum adsorption capacities calculated from the Langmuir isotherm were 47.39 and 31.11 mg g-1 for In (III)-IIP and In (III)-NIP, respectively. The selectivity coefficients of the In (III)-IIP for indium (III) ion in the presence of Cu (II), Pb (II), Zn (II) and Fe (II) are found to be 189.17, 67.94, 886.63 and 2479.71, respectively. In addition, it was observed that the dynamic adsorption capacity of the In (III)-IIP was close to the static adsorption capacity due to the fast adsorption rate. Indium (III) ion can be separated selectively from the solution containing various foreign ions by column packed with the In (III)-IIP and can be pre-concentrated, and the enrichment factor reaches up to 80.0. The In (III)-IIP prepared was repeatedly used and regenerated six times without a significant decrease in adsorption capacity, demonstrating that the sorbent is of high stability and reusability. Moreover, the developed method was successfully applied to the selective extraction of indium (III) ion from the real water samples with satisfactory results
Template and target information: indium ion, In(III)
Author keywords: Indium (III), Surface imprinting technique, adsorption, solid phase extraction, selectivity, silica gel 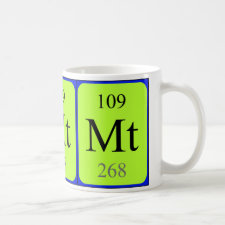