Abstract: We report molecularly imprinted polymers (MIPs) for selective adsorption of proteins using a poly(ethylene glycol) (PEG)-based cross-linker with ionic monomers. To clarify the utility of the concept for preparation of the imprinted polymers using a PEG-based cross-linker, we employed lysozyme or cytochrome c as a template molecule. A few sulfonic functional monomers including sodium allylsulfonate, 2-acrylamido-2-methylpropanesulfonic acid, and sodium p-styrenesulfonate were utilized. After optimization of the concentration of the cross-linker and the washing process with a NaCl solution, we confirmed the complete eluting of the template lysozyme. The optimized lysozyme MIP showed the selective adsorption ability for lysozyme against the other proteins in higher salted condition, in which nonspecific ionic interaction due to the functional monomers were suppressed. Also, the imprinting factor toward the nonimprinted polymer was reached to over 8.6. Similar approaches were carried out for cytochrome c MIPs, and then we found the selectivity was affected by the folding/unfolding state due to pH of cytochrome c solution. In brief, the cytochrome c MIPs prepared in different pH conditions showed the selective adsorption ability for cytochrome c only in the corresponded pH conditions. The optimized cytochrome c MIP also allowed the selective adsorption of cytochrome c against lysozyme, and its imprinting factor was 6.0
Template and target information: protein, lysozyme, cytochrome c 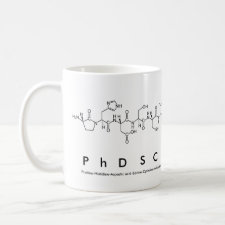