Abstract: A series of experiments were conducted to investigate elements which affect the enantiomeric recognition properties of molecularly imprinted polymers (MIPs) in the HPLC mode. Our results show that the recognition properties of MIPs are greatly influenced by the mobile phase used. For a polymer prepared in acetonitrile, a good enantiomeric separation was observed when acetonitrile-based mobile phase was used, when the mobile phase was changed to chloroform-based, no enantiomeric recognition was observed although the sample molecule was retarded. This indicates that the specific co-operative binding interactions between the functional groups at the imprinted polymer's recognition sites and the sample molecule were considerably disrupted and only non-specific interactions remained. When the mobile phase was changed back to acetonitrile-based, the recognition was regained. In contrast, for polymers prepared in chloroform, chloroform-based mobile phase gave much better separation than acetonitrile-based mobile phase. When other solvents were tested, significant solvent effects were generally observed. Based on these observations, the recognition properties of the methacrylic acid (MAA)-co-ethylene glycol dimethacrylate (EGDMA) polymers were reinvestigated, and the results show that by simply using an optimised mobile phase system, significantly improved recognition over previously reported results was observed. For a polymer made against Cbz-L-Trp, 100 mg of Cbz-D,L-Trp was separated with a separation factor (α) of 4.23 and a resolution (Rs) of 3.87, whereas in the previous report, 10 mg of Cbz-D,L-Trp was only separated with α=1.67 and Rs=0.1. It is generally realised that the imprinted polymer's recognition property is also very much influenced by the nature of the polymer network. It was shown that the recognition decreased with a decrease in the apparent degree of cross-linking (molar percentage of cross-linker in the polymerisation mixture). Nonetheless, our results show that in our optimised assay system a significant separation could still be obtained on a polymer which was only 22% cross-linked. We consider this to be of importance, since it may suggest a way of imprinting larger molecules because of the possibly improved mass transfer in low cross-linking density polymers. It was reported that when trifunctional cross-linkers [for example: trimethylolpropane trimethacrylate (TRIM)] were used as the cross-linker instead of EGDMA, considerably improved enantiomeric separation and resolving capability were observed. Our results show that the improved performance of the MAA-co-EGDMA MIPs is actually comparable to the performance of the MIPs prepared with those trifunctional cross-linkers. The combination of a hydrogen bonding functional monomer (acrylamide) with TRIM also did not give improved recognition. The results suggest that although the three-dimensional network of these two kinds of polymer may be quite different, the observed recognition improvements were probably largely due to solvent effect.
Template and target information: Cbz-L-Trp 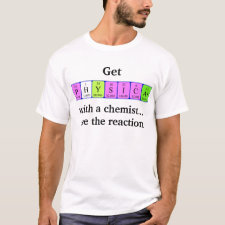