Abstract: In the last decade, molecular imprinting has evolved into an elegant technique for the generation of synthetic media with a predetermined selectivity. Selectivity is a major parameter in separation science. Optimization of a chromatographic separation is often based on the enhancement of the selectivity of the separation system for a given analyte. This optimization procedure can aim at: 1) the mobile-phase composition, 2) the stationary-phase choice, and 3) the simultaneous optimization of both mobile and stationary phases. The first approach was, for years (and still remains, but to a lesser extent), the subject of extensive research and development. The last few years, however, have seen tremendous increase in the drive toward the optimization of the selectivity of the chromatographic stationary phase. Affinity chromatography, utilizing immobilized antibodies, receptors, or other proteinaceous recognition elements, is an important development in contemporary separation science. Molecular imprinting is now established as a powerful technique for producing artificial receptors. The dominant application area of molecularly imprinted polymers (MIPs) is analytical chemistry; thus, it is not surprising that in 2001, at least two leading research journals have dedicated an entire issue in the upcoming technology of molecular imprinting (Analyst, vol. 126 and Anal. Chim. Acta, vol. 435). The imprinting process is based on the production of a polymeric network in the presence of a template molecule. The latter is subsequently removed from the polymer, thus leaving an active site, a "cavity" exhibiting molecular recognition toward the template molecule. Such cavities are complementary to the template molecule in terms of stereochemistry, shape, and chemical interactions. Fig. 1 depicts a simplified scheme of the imprinting process. When, at a later stage, a sample containing the template is administered to the polymer, selective binding of the template molecule will occur. Such polymers are called MIPs and have been used in separations, binding assays, sensors, and catalysis. 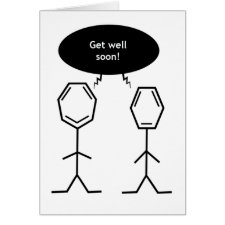