Abstract: With the aim of developing polymeric gels sensitive to external stimuli and able to reversibly adsorb and release divalent ions, we prepared copolymer gels of N-isopropylacrylamide (NIPA) and N,N'-cystaminebis(acrylamide) (BAC) weakly cross- linked with N,N'-methylenebis(acrylamide) (BIS). After polymerization, the -S-S- bonds of BAC mers were broken and oxidized to form pairs of sulfonic groups. The juxtaposition of two anionic groups favors the interaction with a divalent cation. Calcium adsorption experiments showed that the gels prepared in this way memorized the position of the pairs of sulfonic groups after swelling and reshrinking. This "imprinting" effect was tested for several concentrations of adsorbing groups and permanent cross-linkers. The control gels prepared with 2-acrylamido-2-methylpropanesulfonic acid (AMPS), where sulfonic groups were randomly distributed, showed difficulty in forming pairs. Their affinity for calcium ions decayed exponentially as a function of cross-linker concentration. In contrast, the affinity of the imprinted gels was much greater than that of random gels and did not decrease with BIS, showing that memorization has been achieved 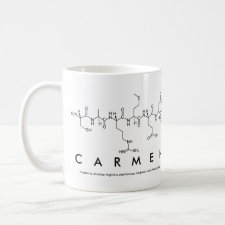