Abstract: Uniformly sized, molecularly imprinted polymers (MIPS) of bisphenol A (BPA), one of many potential endocrine disruptors, were prepared by selective surface modification and immobilized at intervals of functional monomers with 4,4'- methylenebisphenol as a pseudotemplate. MIPS for BPA were prepared with 4-vinyl pyridine immobilized at the most effective interval and with ethylene glycol dimethacrylate monomer as a functional crosslinker. The prepared MIPS were surface-modified with both polar and ionic monomers with different modification methods and then evaluated to reveal their selectivity and retention characteristics. Some of the modified MIPs showed significant selectivity for BPA retention when they were used as high-performance liquid chromatography (HPLC) stationary phases, in comparison with ordinary MIPs. This effect of molecular imprinting was retained even after the surface modification of MIPs. The MIPs employed as pretreatment media for a column-switching HPLC system provided a detection limit as low as 1 ng/L (ppt) by electrochemical detection. Actual samples, including Suwannee River natural organic matter (NOM), were analyzed for BPA, and BPA was quantitatively detected in NOM even with the combination with widely used UV detection because of the effective removal of interference afforded by an effective surface modification of the MIPs. (c) 2005 Wiley Periodicals, Inc
Template and target information: bisphenol A, BPA
Author keywords: bisphenol A, electrochemical detection (ECD), high performance liquid chromatography (HPLC), molecular imprinting, polymer stationary phase, surface modification 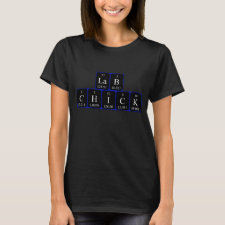