Abstract: Molecular electronics places a premium on organized 3- dimensional architectures. Self-assembly has been touted as a solution to the synthesis problems of molecular electronics. Biological self-assembly provides striking illustrations of thermodynamically-stable architectures, including tobacco mosaic virus, DNA, and numerous multimeric proteins. But in many other instances biological self-assembly is regulated in a number of characteristic ways. Seven classifications of self- assembly processes are introduced, including strict (equilibrium) self-assembly, irreversible self-assembly, assembly following precursor modification, assembly with post- modification, assisted assembly, directed assembly, and assembly with intermittent processing. Strict self-assembly is governed by equilibrium thermodynamics. The virtues of self- assembly include minimization of information through use of modular subunits, control of assembly and disassembly, built-in error-checking and recovery, and overall high efficiency. In many but not all instances self-assembly is a cooperative process involving nucleation and growth phases. A fundamental theme of cooperative assembly processes is that one series of interactions establishes the initial structure (nucleation), thereby setting the stage for a subsequent and more extensive series of interactions (growth). Cooperative phenomena are well-known in biochemistry, but cooperative assembly is not as well-developed conceptually in synthetic chemistry. A striking feature of self-assembly is that forming several bonds can be easier than forming only one bond. Self-assembly can involve non-covalent and covalent bond formation. Self-assembly lies at the heart of myriad examples in chemistry, ranging from metal chelation to model systems for self-replication. Multi- bridged cage molecules provide one domain for comparing modern methods of one-flask syntheses with biological self-assembly, and the syntheses of over 100 such cage molecules are reviewed. The rich precedents of biological self-assembly may yield new paradigms for synthetic chemistry. Molecular electronics is not alone in its requirement for controlled 3-dimensional architectures, and a deeper understanding of self-assembly in all its manifestations is expected to benefit many fields of chemistry 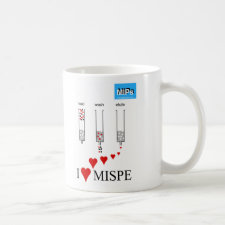