Abstract: The current emphasis in efforts to produce systems capable of highly specific molecular recognition has produced a wide variety of compounds such as crown ethers, cryptands, cyclodextrins and other inclusion systems. A more desirable approach, and one obviating laborious organic synthesis, would be based upon a mechanism more like that seen in the in vivo antigen-antibody reaction. Sites having the capability for specific molecular recognition based on a predetermined template molecule would allow realization of systems of the desired specificity. The technique of cosorption of a silane and a surface-active molecule onto a glass surface has been comprehensively described by Sagiv and by Maoz and Sagiv and has indicated the feasibility of this approach, e.g. with surface-active dyes. In the present study, adsorbed monolayers were produced with sites based on chosen template molecules, using the Sagiv method, and the systems then reconstituted with the original template molecule as well with molecules of closely similar structure (i.e. porphyrins or chlorophylls). A high degree of recognition was evidenced, as shown by the use of surface-enhanced resonance Raman spectroscopy as the detection tool. It was also shown that chemically dissimilar species can be reconstituted into sites formed by other species, provided that the molecular shapes are compatible. The ease of resorption into performed sites is strongly dependent on the presence of amphiphilic character in the molecule re-entering a site.
Template and target information: bacteriochlorophyll, BChl, protoporphyrin IX, PP-IX, dipyropheophorbide palmitate, DPPP, bilirubin, diethylthiacyanine, dioctadecylthiacyanine, DISC-2, DISC-14
indigo* trans dimyristoyl indigo* DMI* 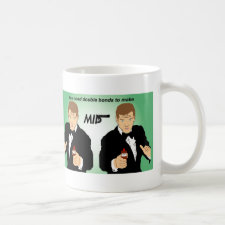