Abstract: A novel gel adsorbent, which adsorbs and/or desorbs a specific heavy metal by the temperature swing, was developed. The gel adsorbent, copolymer of N-isopropylacrylamide as thermosensitive component, 4-(vinylbenzyl)ethylenediamine (VBEDA) as chelating agent, and N,N'-methylenebisacrylamide as crosslinker, was prepared by free radical polymerization with molecular imprinting technique. VBEDA and Cu ion underwent the complex formation during the polymerization. The gel adsorbent reversibly swelled/shrank in water by the temperature swing due to the hydrophilic/hydrophobic transition. The adsorption amount of target Cu depended on the temperature, and the maximum amount was observed at a specific temperature, where the size of gel network corresponded to that memorized in the preparation of gel. Equilibria and kinetics for the adsorption/desorption by temperature swing of 307-283 K were investigated for the purpose of quantitative explanation for the adsorption/desorption phenomenon as well as the fundamentals of the process design. Adsorption equilibria were expressed as Langmuir isotherms and their parameter implied that the coordination of VBEDA and Cu was strongly bonded with the ratio of two to one at 307 K and that was weakly bonded with one to one at 283 K. The rates of the adsorption and desorption were expressed by the diffusion equation for the mass transfer within the gel and evaluated as the effective diffusivity De. The rate of desorption was quite larger than that of adsorption, where De for the desorption was about 67 times as large as that for the adsorption. This fact indicates that the interaction of Cu with VBEDA in the adsorption process is strong, i.e. the adsorption site must be formed with two VBEDA groups.
Template and target information: copper ion, Cu(II) 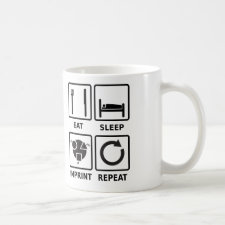