Abstract: A molecularly imprinted polymer (MIP) capable of detecting bilirubin was successfully synthesized. Bilirubin template was imprinted in poly(methacrylic acid-co-ethylene glycol dimethylacrylate) [poly(MAA-co-EGDMA)]. MAA and EGDMA were used as the monomer and the cross-linker, respectively. The optimal solvent conditions to maintain its stability were discussed. Solvent system based on ethylenediamine tetraacetic acid (EDTA) and ascorbic acid was compared with respect to the stability of bilirubin. pH and bilirubin concentration were both investigated for the bilirubin stability. Blue light as well as aeration was applied to inspect the regarding effects. The cross-linking effect was further confirmed by the thermogravimetric analysis (TGA). The effect of salts, such as NaCl and KCl on the binding capacity of the molecularly imprinted polymer was also discussed. Further, the rat serum and bile samples were applied and the binding of the MIPs for bilirubin was thus confirmed
Template and target information: bilirubin
Author keywords: molecularly imprinted polymer (MIP), Bilirubin, Poly(MAA-co-EGDMA), stability, binding capacity 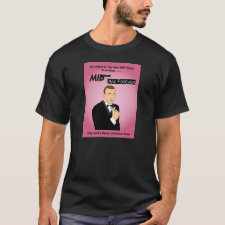