Abstract: This paper describes the investigation of a molecularly imprinted polymer (MIP) as a sensing receptor for Al3+ ion detection by using an optical approach. Al3+ ion was adopted as the template molecule and 8-hydroxyquinoline sulfonic acid ligand as the fluorescence tag. The polymer was synthesised using acrylamide as monomer, 2-hydroxyethyl methacrylate as co-monomer and ethylene glycol dimethracylate as cross-linker. The free radical polymerisation was performed in methanol and initiated by 2,2'-azobisisobutyronitrile at 70 °C. The imprinted polymer was fluorometrically characterised using a fibre optic attachment in a self-designed flow-cell. NaF was used to leach the Al3+ ion from the MIP. The optimum pH for the rebinding of Al3+ ion with the leached polymer was found to be pH 5 and the fluorescence response was found to be stable within the buffer strength range of 0.05–0.10 M. The fluorescence intensity during Al3+ ion rebinding was inversely dependent on temperature, and a low interference response (<3%) toward metal ions except for Cu2+ and Zn2+ ions was observed. The polymer rebinding repeatability study conducted over 9 cycles with Al3+ ion (0.8×10-4 M) was found to give an RSD value of 2.82% with a standard deviation of 0.53. The dynamic range of the system was found to be linear up to 1.0×10-4 M Al3+ ion with a limit of detection of 3.62 ěM.
Template and target information: Aluminium ion, Al(III)
Author keywords: molecularly imprinted polymer (MIP), Optical sensor, Aluminium ion, 8-Hydroxyquinoline sulfonic acid (8HQS), Fluorescence complex 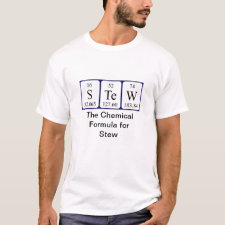