Abstract: The aim of this study is to prepare ion-imprinted polymers which can be used for the selective removal of mercury ions [Hg2+] from human serum. N-Methacryloyl-(l)-cysteine (MAC) was chosen as the complexing monomer. In the first step, Hg2+ was complexed with MAC and the Hg2+-imprinted poly(hydroxyethyl methacrylate-N-methacryloyl-(l)-cysteine) (MIP) beads were synthesized by suspension polymerization. After that, the template ions (i.e., Hg2+) were removed using thiourea (0.5%, v/v) in 0.05 M HCl. The specific surface area of the MIP beads was found to be 59.04 m2/g with a size range of 63-140 μm in diameter and the swelling ratio was 91.5%. According to the elemental analysis results, the MIP beads contained 87.0 μmol MAC/g polymer. The maximum adsorption capacity was 0.45 mg Hg2+/g beads. The applicability of two kinetic models including pseudo-first order and pseudo-second order model was estimated on the basis of comparative analysis of the corresponding rate parameters, equilibrium capacity and correlation coefficients. Results suggest that chemisorption processes could be the rate-limiting step in the adsorption process. The relative selectivity coefficients of MIP beads for Hg2+/Cd2+, Hg2+/Zn2+ were 14.7 and 21.5 times greater than the non-imprinted (NIP) matrix, respectively. The MIP beads could be used many times without decreasing in their adsorption capacities significantly
Template and target information: mercury ion, Hg(II)
Author keywords: molecular imprinting, molecular recognition, Mercury removal, metal detoxification, affinity binding 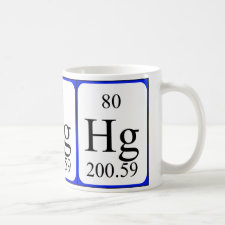