Abstract: A new molecularly imprinted polymer was prepared as a solid-phase extractant by bulk polymerization with diphenylguanidine (DPG) as template molecules. Its specific recognition characteristics were studied in aqueous buffer and in acetonitrile. It was shown that in acetonitrile, the maximum binding capacities of the imprinted and non-imprinted polymers were 474 and 389áμmolág-1, respectively. There exist two kinds of binding sites on the imprinted polymer, the static binding equilibrium could be reached in 9áh, and the DPG could be completely separated from its structural analogs, including diphenylthiourea, diphenylcarbazide and 1,4-diphenylsemicarbazide after washing with 0.5% acetic acid/acetonitrile. In aqueous buffer medium, the influence of pH, phosphate buffer concentration, and ionic strength on the binding capacities of DPG on the polymers were investigated. The results indicated that DPG could be separated from moroxydine hydrochloride after washing with a solution of phosphate buffer (0.067ámoláL-1, pH 4.5)/methanol (90:10, v/v). It is suggested that hydrogen bonding and ionic bonding between the binding sites and the DPG played an important role in molecular recognition in acetonitrile, whereas ionic bonding and hydrophobic interactions were predominant in aqueous buffer. The prepared molecularly imprinted polymer has been used for the pre-concentration and selective separation of DPG from environmental water samples
Template and target information: diphenylguanidine, DPG
Author keywords: Diphenylguanidine, molecular imprinting, Solid-phase extraction, selectivity, separation 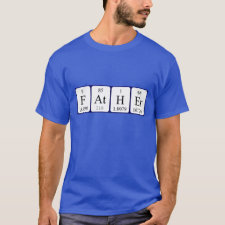