Abstract: Molecular recognition-based Al3+-imprinted poly(hydroxyethyl methacrylate-N-methacryloyl-L-glutamic acid) (PHEMAGA-Al3+) beads were prepared to be used in selective removal of Al3+ out of human plasma overdosed with Al3+ cations. The PHEMAGA-Al3+ beads were synthesized by suspension polymerization in the presence of a template-monomer complex (MAGA-Al3+). The specific surface area of PHEMAGA-Al3+ beads was found to be 55.6 m(2)/g on the average. The MAGA content in the PHEMAGA-Al3+ beads were found to be 640 mu mol/g polymer. The template Al3+ cations could be reversibly detached from the matrix to form PHEMAGA-Al3+ using a 50 mM solution of EDTA. The Al3+-free PHEMAGA-Al3+ beads were then exposed to a selective separation procedure of Al3+ out of human plasma, which was implemented in a continuous system by packing the beads into a separation column (10 cm long with an inner diameter of 0.9 cm) equipped with a water jacket to control the temperature. The Al3+ adsorption capacity of the PHEMAGA-Al3+ beads decreased drastically from 0.76 mg/g polymer to 0.22 mg/g polymer as the flow rate was increased from 0.3 ml/min to 1.5 ml/min. The relative selectivity coefficients of the PHEMAGA-Al3+ beads for Al3+/Fe3+, Al3+/Cu2+ and Al3+/Zn2+ were found to be 4.49, 8.95 and 32.44 times greater than those of the non-imprinted PHEMAGA beads, respectively. FT-IR analyses on the synthesized PHEMAGA-Al3+ beads reveals monodentate and bidentate binding modes of Al3+ in complex with the carboxylate groups of the glutamate residues. Density functional theory computations at the B3LYP/6-31G(d,p) basis set suggests that structured water molecules play essential role in the stability of the monodentate binding mode in 1:1 PHEMAGA-Al3+ complexes. The PHEMAGA-Al3+ beads were recovered and reused many times, with no significant decrease in their adsorption capacities. (C) Koninklijke Brill NV, Leiden, 2009
Template and target information: Al3+
Author keywords: molecular recognition, ion imprinting, aluminum removal, metal detoxification, affinity binding 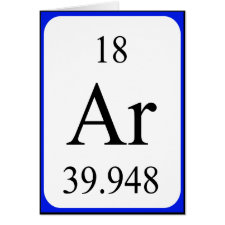