Abstract: The use of chemical weapons as agents of war has been banned. Nevertheless, several countries, including the United States and the former Soviet Union, are known to have manufactured and stockpiled such weapons. Two nerve gases of particular concern are the organophosphorus species Sarin and Soman. These are the agents used on troops in the Iran/Iraq War, and currently leaking from stockpiles of aging weapons in the United States. Many pesticides and insecticides are so chemically similar to nerve agents that they trigger the same decrease in the enzyme plasma cholinesterase as the agents themselves. Growing concerns over possible contamination of water supplies by nerve agents, insecticides and pesticides has prompted the desire for small portable devices that can quickly detect trace amounts of these substances in water. Novel polymeric materials based on molecular imprinting techniques have been constructed for detection of phosphonate-containing species in water.(1,2) Detection is based on sensitized luminescence that occurs when the analyte selectively binds a luminescent europium reporter molecule incorporated in the polymer. This interaction is so specific it can discriminate two almost identical species. A miniature fiber-optic spectrometer monitors the changes in luminescence that result when the analyte is reversibly bound to the co-polymer. Several of these fibers, each for a specific analyte will be mulitplexed together. The limit of detection for these sensors are in the low parts per trillion (ppt) in solution with linear ranges from low parts per trillion to parts per million. The sensors exhibit die same recognition characteristics over several months of use with a response time of less than 5 minutes. Selectivity of the sensors against other pesticides and chemically similar compounds has been demonstrated
Template and target information: sarin, soman, chemical warfare agents 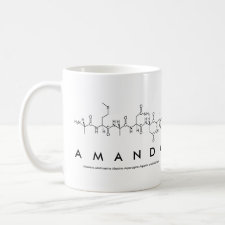