Abstract: Abstract: A catalytic and positively thermosensitive molecularly imprinted polymer is reported. This unique imprinted polymer was composed of 4-nitrophenyl phosphate-imprinted networks that exhibited a thermosensitive interpolymer interaction between poly(2-trifluoromethylacrylic acid) (PTFMA) and poly(1-vinylimidazole) (PVI), which contains catalytically active sites. At a relatively low temperature (such as 20 °C), this imprinted polymer did not demonstrate significant catalytic activity for the hydrolysis of 4-nitrophenyl acetate due to the interpolymer complexation between PVI and PTFMA, which blocked access to the active sites of PVI and caused shrinking of the polymer. Conversely, at higher temperatures (such as 40 °C), this polymer showed significant catalytic activity resulting from the dissociation of the interpolymer complexes between PVI and PTFMA, which facilitated access to the active sites of PVI and inflated the polymer. Unlike previously reported poly(N-isopropylacrylamide)-based molecularly imprinted polymers, which demonstrated decreased molecular recognition and catalytic activity with increased temperatures, i.e., negatively thermosensitive molecular recognition and catalysis abilities, this imprinted polymer exploits the unique interpolymer interaction between PVI and PTFMA, enabling the reversed thermal responsiveness
Template and target information: 4-nitrophenyl phosphate
Author keywords: molecular imprinting, molecular recognition, catalysis, modulation 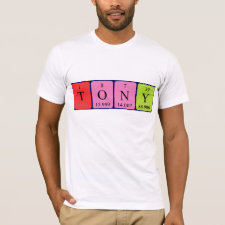