Abstract: In this study, we prepared Cu(II)-imprinted porous film adsorbent Cu-PVA-SA and used it for adsorption Cu(II) ions from aqueous solution. The Cu-PVA-SA can be conveniently used without centrifugation or filtration methods. Copper adsorption on the surface of the Cu-PVA-SA was proved by FT-IR, SEM and EDX. To investigate the effects of experimental parameters on adsorption behavior, we performed a batch of experiments by changing the concentration of Cu(II) ions in the Cu-PVA-SA, the pH of the solution, contact time, adsorbent dosage, ionic strength and initial Cu(II) ion concentration. Our Cu-PVA-SA showed the maximum uptake of 79.3 mg/g under the optimal adsorption condition and has significantly higher uptake than that of nonimprinted PVA-SA. Interestingly, we found the uptake of the Cu-PVA-SA for Cu(II) ions decreased with an increasing of ionic strength, and the pH of the solution decreased with the increase of contact time until the adsorption equilibrium. Competitive adsorption studies for the binary system Cu(II)/Zn(II) and Cu(II)/Cd(II) suggested that the adsorption of Cu-PVA-SA for Cu(II) ions was preferable to Cd(II) and Zn(II) ions. Kinetics experiments indicated the pseudo-second-order model displayed the best correlation with our data. Besides, our equilibrium data could be better described by the Freundlich isotherm model
Template and target information: copper ion, Cu(II)
Author keywords: sodium alginate, film, adsorption, Cu(II), ionic imprinting 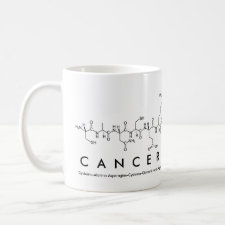