Abstract: In this study, novel GA3 magnetic molecularly imprinted polymer (mag-MIP) beads were synthesized by a microwave irradiation method, and the beads were applied for the trace analysis of gibberellin acids (GAs) in plant samples including rice and cucumber coupled with high performance liquid chromatography-mass spectrometry (HPLC-MS). The microwave synthetic procedure was optimized in detail. In particular, the interaction between GA3 and functional monomers was further studied for the selection of the optimal functional monomers during synthesis. It can be seen that the interaction between GA3 and acrylamide (AM) finally selected was stronger than that between GA3 and other functional monomers. GA3 mag-MIP beads were characterized by a series of physical tests. GA3 mag-MIP beads had a porous and homogeneous surface morphology with stable chemical, thermal and magnetic properties. Moreover, GA3 mag-MIP beads demonstrated selective and specific absorption behavior for the target compounds during unsaturated extraction, which resulted in a higher extraction capacity (~708.4 pmol for GA3) and selectivity than GA3 mag-non-imprinted polymer beads. Finally, an analytical method of GA3 mag-AM-MIP bead extraction coupled with HPLC-MS detection was established and applied for the determination of trace GA1, GA3, GA4 and GA7 in rice and cucumber samples. It was satisfactory that GA4 could be actually found to be 121.5 ± 1.4 μg kg-1 in real rice samples by this novel analytical method. The recoveries of spiked rice and cucumber samples were found to be 76.0-109.1% and 79.9-93.6% with RSDs of 2.8-8.8% and 3.1-7.7% (n = 3), respectively. The proposed method is efficient and applicable for the trace analysis of GAs in complicated plant samples
Template and target information: gibberellin acid 3, GA3, GA1, GA4, GA7 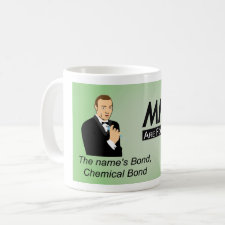