Abstract: Investigations of the effect of sample load on peak asymmetry during chromatography on molecularly imprinted polymer prepared by the epitope approach showed that the shape of the peaks for the template Tyr-Pro-Leu-Gly-NH2 and for acetyl-L-tyrosine ethyl ester changed considerably until a split was observed. In contrast, the asymmetry of the peaks corresponding to oxytocin, which possesses the same C-terminus tripeptide as the template and interacts with the imprinted polymer, remained essentially unaltered. The circular dichroism (CD) spectra of these peptides showed significant dependence on peptide concentration, and the dependence was nearly the same for all the tested peptides. The addition of acetic acid influenced the CD spectra of YPLG and oxytocin but had no influence on the spectrum of acetyl-L-tyrosine ethyl ester. The shape differences in the chromatographic peaks seem to be associated with a solvation mechanism rather than with solute-solute complexation in solution. However, the observed differences in peak asymmetry cannot be completely explained by the mechanisms that have been postulated previously. Our results suggest the formation of triple complexes between a solute molecule (or molecules), an already adsorbed solute molecule, and an adjacent region of the polymeric stationary phase. These triple complexes may influence the retention of analytes and contribute to peak asymmetry 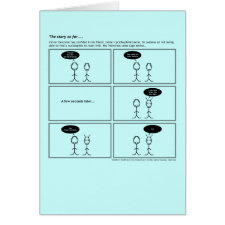