Abstract: In this work, we initiated to study new synthetic conditions to obtain uniformly sized molecularly imprinted polymers (MIPs) in the micrometer to nanometer range, using carbamazepine (CBZ) as a model template. The MIPs were successfully prepared by precipitation polymerization using methacrylic acid (MAA) and methyl methacrylate (MMA) as functional monomers at different mole ratios. The effect of MAA-to-MMA mole ratios on the morphology, binding, recognition, and release behaviors of the final particles were studied, and the adjusting possibility of these properties was also obtained. The produced polymers were characterized by Fourier transform infrared spectroscopy and differential scanning calorimetry, and their morphology was precisely examined by scanning electron microscopy and photon correlation spectroscopy. We obtained very uniform imprinted nanospheres and microspheres with diameter in the range of 120 nm to 1.74 μm under various conditions. Among the MIP nanospheres and microspheres prepared, the MIPs using MAA-to-MMA mole ratio of 1 : 2 showed nanospheres with the lower polydispersity index (0.004) and the highest selectivity factor (10.4), which is defined as the binding ratio of CBZ and oxcarbazepine as template analog. Results from binding experiments proved that MIPs exhibit specific affinity to CBZ in contrast to control polymers, and this performance was affected by pH and concentration of the loading solution. Moreover, release experiments showed the controlled release of CBZ in long-time period. The 50% of loaded CBZ was released from the imprinted nanospheres within the first 30 h, whereas another 50% was released in the following 160 h. The release kinetics of CBZ from the MIPs highly affected with the properties of particles. © 2012 Wiley Periodicals, Inc. J Appl Polym Sci, 2012
Template and target information: carbamzepine, CBZ
Author keywords: molecular imprinting, uniformly sized nanospheres, functional monomers, carbamazepine recognition, controlled release 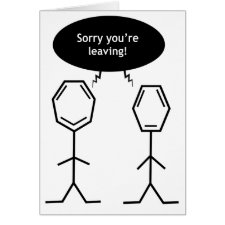