Abstract: A molecularly imprinted polymer (MIP) that selectively retains diphenyl phosphate was prepared using a structural analogue, ditolyl phosphate, as a template. Diphenyl phosphate is a degradation product of the flame retardant additive, triphenyl phosphate. The latter has been shown to be a common airborne contaminant in indoor environments and to be emitted from various goods such as video display units. Triphenyl phosphate induces several documented biological responses, including allergenic effects. Two different polymers, one prepared from methacrylic acid and the other from 2-vinylpyridine (2-Vpy), were investigated for their ability to recognise diphenyl phosphate. The polymers were used in solid-phase extraction cartridges (MISPE) and evaluated by comparing their recovery and breakthrough parameters with those of corresponding non- imprinted polymers (NIPs). The polymer made from the basic monomer showed the most selective recognition to the acidic analyte. Diphenyl phosphate was adsorbed to the basic MIP (2- Vpy-MIP) when methanol was used as mobile phase, and approximately 80% of the analyte was recovered when eluted from this polymer using a mixture of methanol and trifluoroacetic acid. There was a clear difference in the retention strengths of 2-Vpy-MIP and the corresponding 2-Vpy-NIP. The selectivity of the investigated 2-Vpy-MIP polymer towards a structural analogue of diphenyl phosphate, di(2-ethylhexyl) phosphate was also assessed. This compound was less strongly retained using the same experimental conditions. The results indicate that the prepared 2Vpy-MIP strongly recognises diphenyl phosphate due to the imprinting effect. This interaction probably arises mostly from an ionic interaction between the basic monomers and the acidic analyte. An LC-electrospray ionisation multiple MS method, using negative ion detection and ion-pair chromatography, was developed for separation and quantification of the strongly acidic dialkylated phosphate esters. The instrumental limit of detection was below 50 pg for all investigated compounds and the MS method was shown to be linear in the investigated range of 0.05-85 ng. (C) 2001 Elsevier Science B.V. All rights reserved 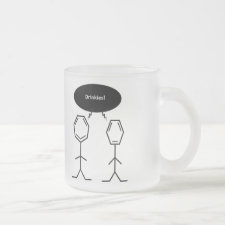