Abstract: The aim of this work was to investigate the possibility to constitute a conlon-specific drug delivery for 5-fluorouracil (5-FU) by using molecularly imprinted polymers (MIPs) in simulated gastrointestinal fluids, compared to non molecularly imprinted polymers (NMIPs). Surface imprinting of 5-FU was performed on crosslinked polyvinyl alcohol microspheres (CPVA microspheres ) with sodium 4-styrene sulfonate (SSS) as functional monomer and with N,N'-Methylene bisacrylamide (MBA) as crosslinker by using cerium salt-hydroxyl group redox initiation system, and 5-FU-imprinted microspheres MIP-PSSS/CPVA, on which there exists a layer of molecular imprinting, were obtained. The chemical structure and morphology of MIP-PSSS/CPVA microspheres were characterized with infrared spectrum (FTIR) and scanning electron microscope (SEM). The binding property of the imprinted microspheres MIP-PSSS/CPVA for 5-fluorouracil (5-FU), namely drug carrying ability, was mainly investigated and the binding mechanism was explored. The in vitro release behavior of the drug-carried microspheres was also examined. The experimental results show that based on the special cerium salt-hydroxyl group redox initiation system in this investigation, the surface imprinting of 5-FU can be effectively realized, and a polymer layer, in which a lot of 5-FU-imprinted caves are distributed, can be formed on the surfaces of CPVA microspheres. In the acidic medium, the imprinted microspheres MIP-PSSS/CPVA exhibit very strong binding ability for 5-FU by driving of electrostatic interaction. The binding capacity can get up to 105mg/g, displaying the high efficiency of drug carrying. The in vitro release behavior of the drug carrying microspheres not only is highly pH-dependent, but also is time-delayed. The release of pH-dependent is owing to strong electrostatic action between 5-FU molecules and the sulfonate groups in the imprinted caves at low pH. Along with the increase of pH value of the medium, the weakening of the protonation degree of the amino groups of 5-FU, and the electrostatic interaction between MIP-PSSS/CPVA microspheres and 5-FU molecule decreases, leading to the enhancement of 5-FU release. The release of time-delayed coming from the restraining action of the MIP-PSSS/CPVA microspheres for 5-FU, and this binding action is the synergism of strong electrostatic action between 5-FU molecules and the sulfonate groups in the imprinted caves and the 5-FU molecule diffusion resistance caused by the imprinted caves. The experiment results show in the medium of pH=1, the drug does not be released; in the simulated intestine fluid (pH=6.8), the drug release is small; in the simulated colon fluid (pH=7.4), the sudden delivery phenomenon will be produced, displaying an excellent colon-specific drug delivery behavior.
Template and target information: 5-fluorouracil, 5-FU
Author keywords: surface imprinting, Sodium 4-styrene sulfonate, Crosslinked polyvinyl alcohol microspheres, 5-fluorouracil, Colon-specific drug delivery 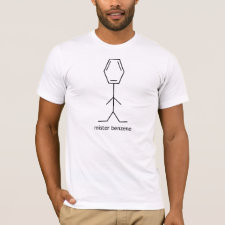