Abstract: Submicrometer surface-imprinted particles were prepared by a two-stage aqueous emulsion polymerization with a poly(divinylbenzene) shell over a cross-linked poly(styrene) core. The second stage polymerization was performed in the presence of a polymerizable surfactant (pyridinium 12-(4- vinylbenzyloxycarbonyl)dodecanesulfate, PS) and pyridinium 12- (cholesteryloxycarbonyloxy)dodecanesulfate (TS), which acted both as a surfactant and as a template. Removal of the template left hydrophobic cavities on the surface of charged particles or particles bearing benzyl alcohol groups, dependent on the protocol adopted. Particles were shown to rebind cholesterol in 60% a-propanol in water, and a poly(ethylene glycol) (PEG) modified with cholesterol at both chain ends was capable of flocculating the imprinted particles. No flocculation was seen either when a monocholesteryl PEG was used or when nonimprinted particles were used 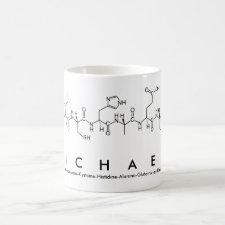 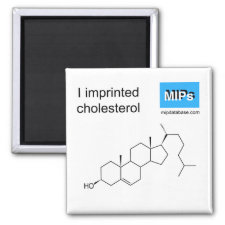