Abstract: Molecularly imprinted polymeric microspheres (MIPMs) for dimethyl methylphosphonate (DMMP) were prepared using methacrylic acid (MAA) and vinyl-substituted zinc(II) porphyrin as functional monomers. The interactions of vinyl-substituted zinc(II) porphyrin with DMMP were determined by ultraviolet-visible absorption spectroscopy. A comparison between the MIPMs-MAA that used only MAA with the MIPMs-zinc (Zn) + MAA that used both MAA and Zn porphyrin as functional monomers revealed that the MIPMs-Zn + MAA showed higher binding ability for DMMP. By the Scatchard analysis, the results of the equilibrium adsorption test showed that the MIPM-DMMP only had one affinity binding site. The dissociation constants of MIPMs-Zn + MAA and MIPMs-MAA were 0.167 and 0.338 mmol/L, respectively, and the maximum absorption quantities were 148 and 13.57 μmol/g, respectively. The MIPMs-Zn + MAA possessed the higher selectivity for DMMP as shown by the isotherm binding test. These results revealed that the MIPMs-Zn + MAA had highly specific binding sites because they were assembled by the two functional monomers, vinyl-substituted Zn(II) porphyrin and MAA, which coordinated to achieve specific binding with DMMP
Template and target information: dimethyl methylphosphonate, DMMP
Author keywords: DMMP, porphyrins, MIPMs 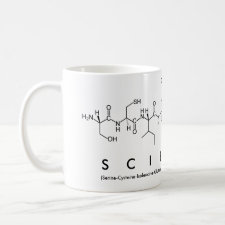