Abstract: The true potential of circulating biomarker detection and surveillance in patient swith sepsis is yet to be elucidated. The focus of this project is lipopolysaccharide (LPS), a major constituent of gram-negative bacteria outer cell walls, and its use as a sepsis marker. The overarching hypothesis is the detection of circulating LPS will facilitate the early diagnosis of sepsis. Molecular imprinting describes the generation of synthetic, polymeric receptors through the polymerization of monomers around a template molecule (Fig. 12). The resultant polymers possess recognition properties akin to an antibody with the ability to recognize the original target molecule and related species. Efficient molecularly imprinted polymers rely on strong interactions between the target, in this case, LPS, and the functional monomers that form the polymer matrix. Polymyxin B (PMB), a peptide antibiotic, has high affinity for LPS and is utilized in this study as a functional monomer. LPS is not a suitable template for conventional imprinting techniques; therefore, techniques that circumvent problems associated with the imprinting of biological macromolecules are needed and modified approaches that localize LPS at a surface via chemical immobilization at a solid-solvent interface (surface imprintingona solid support) or via self-assembly at a solvent-solvent interface (suspension polymerization/ microfluidic techniques) have been investigated. Microfluidics (MF) describes the science and technology that manipulates very small (10-9 to 10-18 litre) volumes of fluid. A systemthat generates segmented flowwithin polytetrafluoroethylene (PTFE) tubing has been constructed, providing small pockets of an aqueous monomer solution travelling in an organic solvent continuous phase. Using a bespoke cavity resonator, the in situ polymerization of the 'beads' of aqueous monomer solution in this MF system has been achieved using microwaves. Furthermore, the process of polymerization can be monitored by sensing the changes in resonant frequency imposed by the changing monomer solution as it polymerizes. Continued troubleshooting of suspension polymerization and microfluidic processes forms the foundation of ongoing work as the successful imprinting of LPS in polymer beads with integrated PMB becomes a possibility. 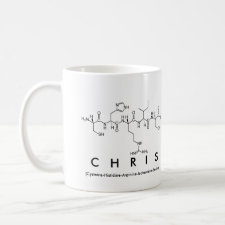