Abstract: Molecularly imprinted hydrogel (MIH) as drug delivery system has been studied. It still remains a challenge to construct the stimuli-responsive MIH. Here, we report a coordinate bond strategy for imprinting doxorubicin (Dox) in hydrogel capable of pH-responsive and sustained drug delivery. The imprinting condition such as template-monomer interactions induced by metal ion was carefully investigated by spectroscopic methods. The obtained Dox-MIH was evaluated by absorption and in vitro release experiments. It has been demonstrated that the cupric ion mediated interaction between Dox and 4-vinyl pyridine via coordination and the optimal coordinate ratio of Dox/Cu2+ was 2:1. The rebinding amount of MIH to Dox was 2.7-fold that of nonimprinted hydrogel and the Dox-loaded MIH showed a pH-responsive release property. Not more than 10% of loaded drug was released from Dox-MIH at pH 7.2 during a time course of 7 days. However, near to 60% of loaded drug was sustainedly released at pH 5.0 during the same period. These results indicated that Dox-MIH with pH-responsive behavior possessed great promising as sustained-release delivery system of anticancer drug. © 2014 Wiley Periodicals, Inc. and the American Pharmacists Association J Pharm Sci 103:643-651, 2014
Template and target information: doxorubicin, Dox
Author keywords: pH response, molecular imprinting, coordinate bonding, hydrogel, doxorubicin, controlled release, cancer chemotherapy, complexation, drug delivery systems 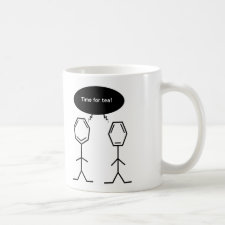