Abstract: Simultaneous detection of multiple analytes has attracted considerable interest. In this paper, a simultaneous detection method of norepinephrine (NE) and epinephrine (E) was developed by anchoring molecularly imprinted polymers (MIPs) on the surfaces of two different color quantum dots (QDs). NE-QDs@MIP using NE as template and E-QDs@MIP using E as template were synthesized on the surfaces of CdTe@SiO2 and CdTe/CdS/ZnS/SiO2 QDs, respectively. The as-prepared two kinds of QDs@MIPs were characterized by Fourier transform infrared spectroscopy, transmission electron microscopy and fluorescence spectroscopy. The QDs@MIPs nanosensors had distinguished selectivity and high binding affinity to the corresponding template molecule. The mixture of NE-QDs@MIP and E-QDs@MIP could be excited at the same excitation wavelength and the simultaneous detection of NE and E was realized by monitoring the two different color fluorescence signals without spectral overlap. Under the optimal conditions, the fluorescence intensity of each kind of QDs@MIP decreased linearly with the increase of the concentration of the corresponding template molecule in the range of 0.08-20 μM. The limit of detection for NE and E were 9 and 12 nM (3σ/K), respectively
Template and target information: norepinephrine, NE, epinephrine, E
Author keywords: Simultaneous detection, Quantum dots, Molecularly imprinted polymers, Norepinephrine, epinephrine 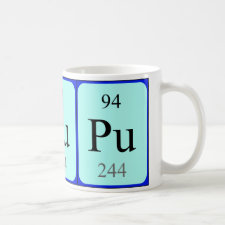