Abstract: Molecular imprinting polymer (MIP) technique is well known for creating polymer materials with molecule selectivity in adsorption and separation. MIPs have mostly been prepared by bulk polymerization and grinding the resulting brittle polymer to prepare particles of the desired dimensions. However, this technique also suffered some backdrops such as limitation in its application due to powder shape and limitation in binding ability. To circumvent these problems, we had extended such a technique in the formation of membrane adsorbents using phase inversion imprinting technique. Namely, copolymerization of template-containing monomers with commercial scaffold monomer was achieved in such membranes in order to selectively separate the target molecules. One main feature of this system is the imprinted polymer forming film, which is possible to be used as filtration materials for selective separation. In the present study, we prepared the Bisphenol A (BPA)-imprinted membranes by copolymerization of various covalently linked functional monomer and polymer matrix, followed by phase inversion in water non-solvent for membrane formation. Herein, the evidence included advantage in phase inversion covalently imprinting technique in their binding natures to targeted endocrine compound as well as system selectivity in competitive study. Scatchard analysis indicated that the BPA-imprinted membranes exhibited high affinity and good selective binding of targeted endocrine compound relative to its analogs
Author keywords: Molecular imprinting membrane, Endocrine, Adsorption, selectivity 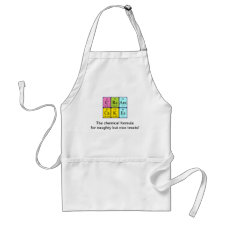