Abstract: Molecularly imprinted polymers (MIPs) with high binding performance and good selectivity are of interest not only in the field of analytical chemistry, but also in the bio-pharmaceutical industry because of their potential use as affinity sorbents for selectively preparative separation of drug molecules. The choice of a suitable functional monomer for the template molecule plays a key role in the performance of MIPs. Erythromycin (ERY; C37H67NO13; mol wt 733.9), produced by bio-fermentation, is a representative macrolide antibiotic with multiple polar groups. In the present study, 13C NMR spectroscopy for the first time was employed to evaluate the interactions between ERY and a set of functional monomers at the atomic level. Based on the 13C chemical shift changes in the ERY molecular structure when binding with different functional monomers, the optimal monomer of methacrylic acid (MAA) was selected and the rational binding sites were predicted. A sequence regarding the interaction force of these binding sites for MAA was proposed, and Density Functional Theory (DFT) theoretical calculation of Lewis basicity of the O/N atoms located at these sites confirmed its reliability. Molecularly imprinted sorbents (MIAs) for ERY were prepared by a suspension polymerization method using MAA as a functional monomer and ethylene glycol dimethacrylate (EGDMA) as a cross-linker. The effects of the monomer to template ratio and the solvent environment employed during the adsorption on the imprinting efficiency of MIAs were both discussed. The adsorption isotherm of ERY on MIAs was fitted by the Langmuir isotherm model. And the specific selectivity of these materials towards ERY was confirmed. The optimized MIAs as column packing materials can separate ERY from its crystal mother liquid with high recovery and good selectivity, exhibiting a promising capability for productive separation of ERY in a large scale. To the best of our knowledge, these results for the first time indicated that 13C NMR spectroscopy is a simple and effective method for the rational design of MIAs towards complex template molecules. The separation model built in this study represents a novel application of MIPs for future industrial production
Template and target information: erythromycin, ERY 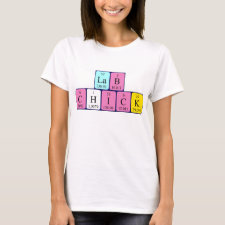