Abstract: An enantioselective molecular imprinted polymer for S-warfarin was designed computationally by using the density functional theory (DFT) at B3LYP/631G+ (d, p) level and Gaussian 2003 package. The effect of polymerization solvent was also evaluated by the polarizable continuum model (PCM) and it was based on the measurement of interaction energies (Δ E) between S-warfarin and monomers in different polymerization solvents. The computational method showed that the methacrylic acid (MAA) and acetonitrile (AN) had the highest stabilization energy for the pre-polymerization adducts. Additionally, the mole ratio of 1:3 give the highest Δ E, therefore, the polymer was synthesized by the thermal bulk polymerization method with the mole ratio of S-warfarin-(MAA)3. The enantioselective extraction of MIP for R and S-warfarin was evaluated by chiral separation chromatography and polarimetry methods. The results revealed that the proposed S-warfarin molecular imprinted polymer has a moderate recognition for extraction of R-warfarin in a racemic mixture and had no recognition for other foreign drugs. In a racemic mixture of R and S-warfarin, the polymer is able to remove about 20% of R-warfarin. The linearity between responses (peak areas) and concentrations of S-warfarin in plasma sample was found in the range of 15.4-3080 ng mL-1 (R2 = 0.999).The linear range for a racemic mixture of R, S-warfarin in plasma which has been obtained by RP-C18-HPLC-UV method, was 12.0-2500 ng mL-1 (R2 = 0.998). The polymer was used for analysis of a real sample and as expected the accurate results were obtained
Template and target information: warfarin
Author keywords: molecularly imprinted polymer, Enantioselective extraction, S-warfarin, chiral separation, Plasma samples 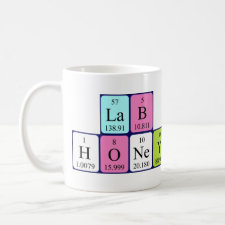