Abstract: The graft-polymerization of hydroxyethyl methylacrylate (HEMA) on micro-sized silica gel particles was first conducted by initiating of a surface-initiating system, which was constituted by the bonded amino groups on the modified silica gel particles and persulfate in the solution, obtaining the grafted particles PHEMA/SiO2 with a high grafting degree of 40 g/100 g. Subsequently, 8-hydroxyquinoline as a ligand with strong chelating ability for metal ions was bonded on the side chains of the grafted macromolecule PHEMA through the substitution reaction between 5-chloromethyl-8-hydroxyquinoline (CHQ) and the hydroxyl group of the grafted macromolecule PHEMA, preparing the functional grafted particles HQ-PHEMA/SiO2. On the basis of examining the chelating adsorption property of HQ-PHEMA/SiO2 particles for Pr3 + ion, the Pr3 + ion surface-imprinting was carried out by using the effective surface-imprinting technique of "pre-grafting and post-crosslinking/imprinting" established by our group. During the surface-imprinting process, Pr3 + ion was used as a template ion, and 2,2'-dichlorodiethyl ether was used crosslinked, resulting in the Pr3 + ion surface-imprinted material IIP-HQP/SiO2. The recognition and binding characters of IIP-HQP/SiO2 towards Pr3 + ion were investigated in-depth with La3 + and Ce3 + ions as two contrast ions. The experimental results show that the IIP-HQP/SiO2 particles possess special recognition selectivity and high binding ability for Pr3 + ion. The binding capacity of IIP-HQP/SiO2 for Pr3 + ion reaches 0.13 mmol/g, and relative to La3 + and Ce3 + ions, the selectivity coefficients of IIP-HQP/SiO2 for Pr3 + ion are 5.22 and 5.12, respectively. La, Ce and Pr are three neighbouring rare earth elements, and the ion radius differences between La3 +, Ce3 + and Pr3 + ions are only in a range of 2-5 pm. Obviously, in this investigation, the mutual separation of La3 +, Ce3 + and Pr3 + ions at picometre scale is realized successfully by using the ion surface-imprinted polymer material with high performance
Template and target information: rare earth metals, Pr(III), praseodymium ion
Author keywords: Ion surface imprinting technique, rare earth ion, ion recognition, separation 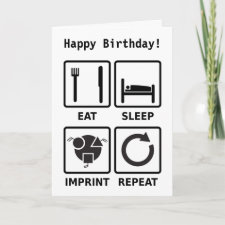