Abstract: The main objective of this study was to simulate for the first time a complex sol-gel system aimed at preparing the (S)-naproxen-imprinted xerogel with an explicit representation of all the ionic species at pH 9. For this purpose, a series of molecular dynamics (MD) simulations of different mixtures, including species never studied before using the OPLS-AA force field, were prepared. A new parametrization for these species was developed and found to be acceptable. Three different systems were simulated, representing two types of pregelification models: the first one represented the initial mixture after complete hydrolysis and condensation to cyclic trimers (model A); the second one corresponded to the same mixture after the evaporation process (model B); and the last one was a simpler initial mixture without an explicit representation of all of the imprinting-mixture constituents (model C). The comparison of systems A and C mainly served the purpose of evaluating whether an explicit representation of all of the components (model A) was needed or if a less computationally demanding system in which the alkaline forms of the silicate species were ignored (model C) would be sufficient. The results confirmed our hypothesis that an explicit representation of all of the imprinting-mixture constituents is essential to study the molecular imprinting process because a poor representation of the ionic species present in the mixture may lead to erroneous conclusions or lost information. In general, the radial distribution function (RDF) analysis and interaction energies demonstrated a high affinity of the template molecule, 2-(6-methoxynaphthalen-2-yl)propanoate (NAP-, the conjugate base of (S)-naproxen), for the gel backbone, especially targeting the units containing the dihydroimidazolium moiety used as a functional group. Model B, representing a nearly gelled sol where the density of silicates and solvent polarity were much higher relative to the other models, allowed for much faster simulations. That gave us the chance to observe the templating effect through a comparative analysis and observation of the trajectories from simulations with the template- versus non-template-containing mixtures. Overall, a strong coherence between the imprinting-relevant interactions, aggregation, or the silicate network texturing effects taken out of the simulations and the experimentally high imprinting performance and porosity features of the corresponding gels was achieved
Template and target information: S-naproxen, naproxen 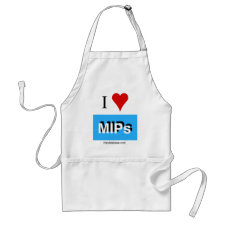