Abstract: Two types of polymeric sorbents were synthesized by molecular imprinting from methacrylic acid as functional monomer and ethylene glycol dimethacrylate as cross-linking agent, with erythromycin antibacterial antibiotic used as template. Sorbents of the first type are carboxylic heteronetwork cation exchangers with high capacity for Na+ ions, obtained in the presence of various amounts of the template molecules. Sorbents of the second type are hydrophilic materials prepared under the conditions when methacrylic acid and erythromycin were present in the polymerization mixture in equimolar amounts. A comparative study of the equilibrium and kinetics of erythromycin sorption on the synthesized sorbents showed that the equilibrium sorption capacities of the materials of the second type for the antibiotic exceeded those of the materials of the first type. The molecular imprinting led to the formation of sorption sites homogeneous in the affinity for erythromycin in the polymer network, to an increase in the effective diffusion coefficients, and to a decrease in the mean time of the antibiotic sorption, compared to the control sorbents
Template and target information: erythromycin 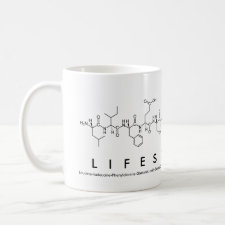