Abstract: The selective binding of caffeine to polymers is of interest in developing caffeine-specific sensors. The influence of the nature and quantity of crosslinking agents and functional monomers on the selectivity and binding affinity of a polymer to caffeine is reported. A high binding affinity and selectivity of divinylbenzene (DVB) crosslinked polymers toward caffeine was exhibited by the binding competition of caffeine with several dimethylated and chlorinated xanthines and N- methylated uric acids in aqueous media. To understand the nature of the caffeine-polymer interaction, we performed binding studies with solvents of different polarities and ionic strengths. The binding properties of DVB-based polymers containing different functional monomers were compared with Amberlite((R)) XAD resins. Analytes with hydrophilic and electron-withdrawing groups lowered their binding affinity with the polymer in comparison with caffeine and its dimethylated derivatives. The caffeine-polymer interaction appeared to be predominantly a hydrophobic pi-pi interaction but partly due to the presence of caffeine-specific sites. The reversibility of the caffeine-polymer binding was investigated, and the dissociation constants were approximated to be 27 and 6 mM. Dipole moments of caffeine and related molecules were estimated theoretically and were correlated with their corresponding Err ratio, which is defined as the fraction of caffeine bound to the polymer. (C) 2001 John Wiley & Sons, Inc 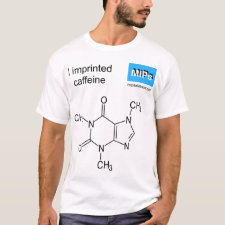