Abstract: Biological interactions, for example the interaction between an antibody and its antigen or between an enzyme and its substrate, are in most cases closely linked to the three–dimensional structure of the protein. Antibodies as well as enzymes are large (protein) molecules made up of long chains of amino acid whose sequence is predetermined by the genetic code. In addition, complex proteins may also contain sugar, lipid or phosphate groups. Proteins have many functions in living organisms. Enzymes are required for digesting food and thus supplying the organism with a usable form of energy. Antibodies constitute an important part of the molecular part of the immune system (humoral immune response). Bacteria, viruses and various toxins are marked as "foreign" by the means of such antibodies. The generation of antibodies seems to be almost unlimited in its diversity; in fact the immune system seems to be able to react with the formation of a suitable antibody to nearly every imaginable (natural and synthetic) antigen. During the past century the secrets of the immune system and the immune response have been unraveled and the interaction between antibodies and antigens as well as their respective analogs has inspired the creation of many new techniques in biology, (analytical) chemistry and medicine. Scientists have applied this know–how for the development of new methods for vaccination, new analytical tools (e.g., immunoassays, immunoaffinity chromatography, both based on immobilized antibodies) or new approaches in synthesis and catalysis (for instance based on catalytic antibodies). But very soon they also experienced the limitations of these novel approaches. Nearly all the biological materials (ligands) used showed problems with stability, for example, towards heat, "extreme" pH values, organic solvents and digestion by microorganisms and proteolytic agents in general. While the specificity of the bio–components was unsurpassed, their very biological (i.e., degradable) nature prevented them from being used in many cases. Consequently, researchers thought about alternatives and found them in a technology termed "molecular imprinting", which retains the principles of "bio"–specific interactions but realizes them by purely chemical means. 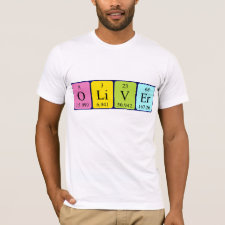