Abstract: When the model protein bovine serum albumin (BSA) was dissolved in a concentrated aqueous solution of the multifunctional ligand L-malic acid, the solution was lyophilized, and the solid residue thoroughly washed with tetrahydrofuran to extract malic acid, then the resultant ("imprinted") protein was capable of binding 26.4 +/- 0.9 mol equivalents of the ligand in anhydrous ethyl acetate. The nonimprinted BSA (i.e., that prepared in the same manner apart from the absence of malic acid) bound less then one-tenth of that amount under identical conditions. Furthermore, both imprinted and nonimprinted BSA exhibited little binding of L-malic acid in water. The imprinted BSA retained its "memory" for the ligand in ethyl acetate even after a prolonged incubation under vacuum; dissolution in water, however, eliminated the imprinted protein's binding capacity. The BSA imprinted with L-malic acid displayed affinity for this ligand not only in ethyl acetate but also in many other anhydrous solvents. It was found that the higher the solvent' s propensity to form hydrogen bonds, the lower the protein-ligand binding in it, thus pointing to hydrogen bonds as the driving force of this binding. Studies with completely or partially cleaved BSA, with other globular proteins, glutathione, and poly(L-aspartic acid) revealed that the critical requirement for the imprintability is the presence of a sufficiently long polymeric chain. Moreover, many hydrogen-bond-forming macromolecules other than proteins, such as dextrans and their derivatives, partially hydrolyzed starch, and poly(methacrylic acid), also could be imprinted for subsequent binding in ethyl acetate. The mechanism of imprinting and binding inferred from these experiments involves a multipoint hydrogen bonding in water of each ligand molecule with two or more sites on the polymeric chain, thereby folding a segment of the latter into a cavity around the ligand; following lyophilization and extraction of the ligand, the cavities remain in organic solvents (but not in water) and give rise to ligand binding. This conclusion is supported by the results of binding of numerous malic acid analogs and related ligands to BSA imprinted with L-malic acid. Finally, BSA imprinted with malic acid was used as a selective adsorbent for a chromatographic separation of an equimolar mixture of maleic and acrylic acids in ethyl acetate 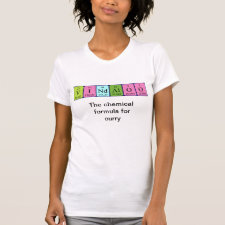