Abstract: The ion-imprinting is a technique which is prepared using metal ions and binding with high crosslinking for the preparation of adsorbents for the separation of metal ions. Ion-imprinted materials are easy to prepare, stable, inexpensive and capable of molecular recognition. The aim of this study is to prepare an ion-imprinted polymer, which can be used for the selective removal of Fe3+ ions. Chitosan-succinate was chosen as the complexing monomer, Fe3+ as template and epichlorohydrin was chosen as crosslinking agent. In the first step, chitosan was modified with succinic anhydrides and complex formation occured between carboxylic acid functional groups and Fe3+ ions. Secondly, Fe3+-chitosan-succinate polymer was crosslinked with epichlorohydrin. After that, the template (Fe3+ ions) was removed using 0.1 M HCl solution and the Fe3+-imprinted polymer was used in the adsorption-desorption process. Molecular cavity for the Fe3+ ion was obtained in the Fe3+-imprinted polymer. The maximum adsorption capacity has found to be 78.2 mg/g. Adsorption equilibrium was achieved in about 60 min. The relative selectivity coefficients of imprinted polymers for Fe3+/Al3+ and Fe3+/Mn2+ were 5.13 and 4.0 times greater than non-imprinted matrix, respectively. It should be noted that the Fe3+-imprinted polymer could be used many times without decreasing the adsorption capacity significantly.
Template and target information: iron ions, ferric ion, Fe(III)
Author keywords: Ion-imprinting, Fe3+, chitosan, ICP-AES, molecular recognition 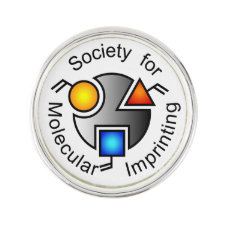 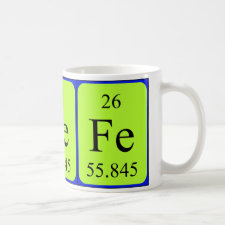