Abstract: Molecularly imprinted polymer (MIP) and non-imprinted polymer (NIP) on the base of methacrylic acid prepared by a bulk polymerization were used as stationary phases for the HPLC analysis. The thermodynamic processes were carried out to investigate the temperature effects during sorption processes of potential local anaesthetics - morpholinoethyl esters of alkoxy-substituted phenylcarbamic acid (MEsP), local anaesthetic - diperodon, flavonoid - quercetin in methanol, acetonitrile and toluene (porogen) as mobile phases. Mobile phases and corresponding solvents were selected according to the solubility of each analyte. The template was chosen from the set of homologous of MEsP - 2-(morpholin-4-yl)ethyl (2-methoxyphenyl)carbamate. Values of retention factors were measured over the temperature range of 20-60 °C. There were determined van't Hoff curves - dependences between logarithms of the retention factors (ln k) and the inverse value of the temperature (1/T). Observed graphs were linear directly indicating that there were no changes of interaction mechanisms in the studied range of temperature. Selectivities (evaluated by the separation factors, α) and sorption selectivities (evaluated by the imprinting factors, IFs) of the MIP and the NIP toward template, related and not-related structures with the template were evaluated chromatographically. The highest separation factors and the imprinting factors (IF = 4.73 ± 0.35 for the template) were observed in methanol, not in porogen. Only in the case of quercetin the highest IF was observed in ACN (1.88 ± 0.13). Contrary to expectations, the driving force for the affinity of the target molecules for both of polymers was enthalpic term (with an average of 54%, 82% and 84% contribution of enthalpic term for MeOH, ACN and toluene, respectively on the MIP and 53%, 57% and 65% for MeOH, ACN and toluene, respectively on the NIP). The MIP and NIP were also characterized by attenuated total reflectance analysis Fourier transform infrared spectroscopy (ATR-FTIR) and thermogravimetric analysis (TGA).
Template and target information: 2-(morpholin-4-yl)ethyl (2-methoxyphenyl)carbamate
Author keywords: molecularly imprinted polymer, Thermodynamic analysis, Attenuated total reflectance analysis Fourier transform infrared spectroscopy, Thermogravimetric analysis 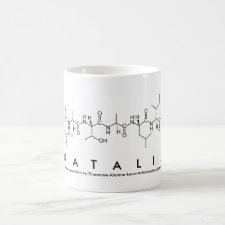