Abstract: Serotonin is an important signaling molecule in the human body. The detection of serotonin is commonly performed by high performance liquid chromatography (HPLC), which is costly and time consuming due to extensive sample preparation. We will show that these problems can be overcome by using molecularly imprinted polymers (MIPs) as synthetic receptors in combination with impedance spectroscopy as readout technique. The MIPs were prepared with several blends of the underlying monomers and the best performing MIP material was selected by optical batch-rebinding experiments. MIP microparticles were then integrated in an impedimetric sensor cell and dose-response curves were measured in PBS buffer and in non-diluted blood plasma. The sensor provides reliable data in the physiologically relevant concentration regime as an independent validation by HPLC measurements demonstrates. Finally, we show that the impedimetric response upon serotonin binding can be attributed to a capacitive effect at the interface between the MIP particles and the plasma
Template and target information: serotonin
Author keywords: biomimetic sensors, Serotonin, Molecularly imprinted polymers, impedance spectroscopy, Equivalent circuit modeling 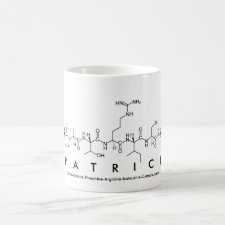