Abstract: Three molecularly imprinted polymers P(2-AQ), P(3-AQ), and P(8-AQ) based on methacrylic acid (MAA)-ethylene glycol dimethacrylate were prepared using isomers 2-aminoquinoline (2-AQ), 3-aminoquinoline (3-AQ), and 8-aminoquinoline (8-AQ) as template, respectively, by non-covalent bulk polymerization technique. Neither P(3-AQ) nor P(8-AQ) exhibited imprinting effect for 3-AQ or 8-AQ, whereas P(2-AQ) showed significant imprinting effect for 2-AQ. This indicates that the position of amino group on the quinoline ring has crucial influence on imprinting effect. The recognition mechanism of P(2-AQ) was investigated extensively by such methods as selective experiments, comparative study with 2-aminopyridine-imprinted polymer, and effect of different kinds of mobile phases. It is confirmed that there are complementary cavities in P(2-AQ) both in size and in the arrangement of functional groups to 2-AQ, and MAA binds 2-AQ via cyclic hydrogen bond. Furthermore, the influence of synthetic conditions on 2-AQ-imprinted polymers was explored. We found 2-AQ-imprinted polymer synthesized in acetonitrile porogen showed higher imprinting effect for 2-AQ than that prepared in chloroform. It is deduced that the morphology of the former might be more favorable to 2-AQ binding, which is also supported indirectly by the fluorimetric experiments estimating the interaction of 2-AQ with MAA in these two porogens. Additionally, 2-AQ-imprinted polymers prepared using two different amounts of acetonitrile exhibited very different imprinting effects, which suggested that porogen amount used in the imprinting process exerted significant influence. In addition to the in-depth elucidation of the recognition mechanism of 2-AQ-imprinted polymer, this article provides the basis for the separation and enrichment of bioactive 2-AQ. © 2013 Wiley Periodicals, Inc. J. Appl. Polym. Sci., 2013
Template and target information: 2-aminoquinoline, 2-AQ, 3-aminoquinoline, 3-AQ, 8-aminoquinoline, 8-AQ
Author keywords: molecular recognition, properties and characterization, copolymers, cross-linking, radical polymerization 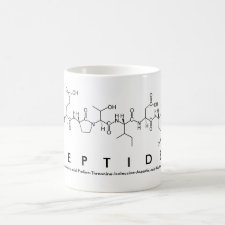