Abstract: This work describes the development of molecularly imprinted polymer (MIP) thin films by using reassembled S-layer protein arrays as templates. Crystalline bacterial cell surface layer (S-layer) proteins are among the most abundant biopolymers on earth and form the outermost cell envelope component in a broad range of bacteria and archaea. The unique feature of S-layer based imprints is the crystalline character of the reassembled S-layer protein lattice leading to a precisely controllable periodicity of surface functional groups and topographical features. By determining the Young (elastic) modulus of the S-layer protein with respect to that of the polymer at its gel point, the feasibility of the S-layer based biomolecular imprinting was confirmed. After imprinting the polymer with an S-layer coated silicon stamp, the sensitivity of the imprints and their selectivity in relation to various other proteins were investigated by quartz crystal microbalance (QCM) studies. Furtheron, polycationic ferritin (PCF) was bound in a dense packing on the S-layer and subsequently used for stamping. Successful rebinding of PCF proved that the S-layer lattice can be used as a template for making imprints of densely packed and, probably, perfectly oriented biologically functional molecules, a concept that can in principle be extended to a wide range of other biomolecules (e.g. antibodies)
Template and target information: protein, S-layer proteins, polycationic ferritin, PCF 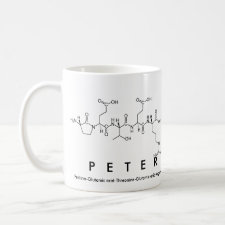