Abstract: The ultraviolet-visible spectroscopy has been assessed as a technique for the evaluation of the strength of template-precursor adduct in the development of molecular imprints of the non-steroidal anti-inflammatory drug naproxen (NAP). The commonly employed approach relies on the collection of UV spectra of drug + precursor mixtures at different proportions, the spectra being recorded against blanks containing the same concentration of the precursor. The observation of either blue or red band-shifts and abatement of a major band are routinely attributed to template-precursor adduct formation. Following the described methodology, the precursors 1-(triethoxysilylpropyl)-3-(trimethoxysilylpropyl)-4,5-dihydroimidazolium iodide (AO-DHI+) and 4-(2-(trimethoxysilyl)ethyl)pyridine (PETMOS) provoked a blue-shift and band abatement effect on the NAP spectrum. Molecular dynamics simulations indicated a reasonable affinity between NAP and these precursors (coordination numbers 0.33 for AO-DHI+ and 0.18 for PETMOS), hence showing that NAP-precursor complexation is in fact effective. However, time dependent density functional theory (TD-DFT) calculations of the spectra of both free and precursor-complexed NAP were identical, thus providing no theoretical basis for the complexation-induced effects observed. We realized that the intense spectral bands of AO-DHI+ and PETMOS (at around 265 nm) superimpose partially with the NAP bands, and the apparent "blue-shifting" in the NAP spectra when mixed with AO-DHI + and PETMOS was in this case a spurious effect of the intense background subtraction. Therefore, extreme care must be taken when interpreting other spectroscopic results obtained in a similar fashion
Template and target information: naproxen, NAP
Author keywords: molecular imprinting, UV spectroscopy, Molecular dynamics, Time dependent density functional theory, Measurement artifacts 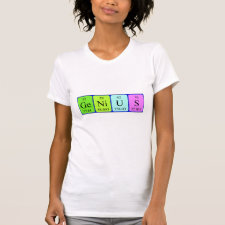