Abstract: In this study a new uranyl selective electrochemical sensors were prepared by using uranyl ionic imprinted polymer (IIP). The IIP was prepared by thermal polymerization using acrylic acid as a monomer, ethylene glycol dimethacrylate (EGDMA) as a cross linking and a benzoyl peroxide (BPO) as an initiator. Uranyl-carboxybenzotriazol (UO2-CBT) complex was used as an active material on the prepared polymer. Several uranyl electrodes were constructed by using different masses of polyvinyl chloride (PVC) matrix. Electrode parameters including slopes, working concentrations, pH, and interferences were evaluated. The electrodes exhibit a Nernstian response with slopes of 23.6 and 28.1 mV/decade for graphite uranyl electrode and liquid uranyl electrode, respectively, over a wide range of concentration from 3 x 10-6 to 6 x 10-2 M and a detection limit of 1 x 10-6 M. It can be used in the pH range of 4.3-10.5 with a response time of less than 60 s. The effect of ions interferences (such as: Cr3+, La3+, Ba2+, Ca2+, Cu2+, Na+, and K+) on the electrode response were evaluated. The IIP and nonimprinted polymer (NIP) membranes were characterized by Fourier Transform Infrared Spectroscopy (FTIR) and Scanning Electron microscopy (SEM). The binding capacity and equilibrium dissociation constant were determined by studying the binding isotherm. The concentrations of uranyl ion in the prepared synthetic solutions determined by the standard addition method and the results were satisfactory with errors less than 7%. Finally, the prepared graphite UO2-IIP sensor was tested to determine the uranyl ions concentrations in a real environmental water sample by standard addition method. The results were compared with those obtained by spectrophotometric method which showed a good agreement. The developed electrode was found to be fast, sensitive and reliable indicated its potential use in measuring the uranly ion concentration in the field
Template and target information: uranyl ion
Author keywords: Uranyl sensor, Carboxy benzothriazole, ionic imprinted polymer, acrylic acid 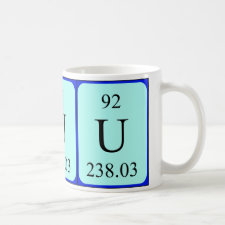