Abstract: A lead ion imprinted maleic acid-co-styrene (IIP) polymer was synthesized,characterized and utilized in the selective separation and determination of trace Pb2+ in environmental water. The polymer was prepared by using maleic acid (MA) as a functional monomer, styrene (St) as a framework monomer, potassium persulfate (KSP) as an initiator, ethylene glycol dimethacrylate (EGDMA) as a crosslinker and lead ions as template ions. The IIP was characterized by using UV,FTIR,SEM and the selective adsorption of Pb2+ on IIP polymer was analyzed by FAAS. The polymer as an adsorbent was applied to separation and enrichment of trace Pb2+ ion in water samples. The experimental results show that the maximum adsorption capacity and rate reached 50.5 mg/g and 90%, respectively under the following conditions: pH of the solution was 5.4, the equilibrium contact time was within 60 min, the adsorption temperature was room temperature; compared to the corresponding non-imprinted polymer,adsorption amount and selectivity of Pb2+ ions on the IIP polymer increased; when Pb2+ ions coexist with Cd2+, Mn2+, Ni2+, which have same charge and close ionic radius with Pb2+ ions, the relative selectivity coefficients were 4.53, 15.7 and 6.16, respectively. The desorption rate was up to 99% by using 3% nitric acid solution as a desorbent. The IIP polymer has been applied to the separation and enrichment of trace Pb2+ in environmental water as an adsorbent,and the results are satisfactory.
Template and target information: lead ion, Pb(II)
Author keywords: Lead ion imprinted polymer, Maleic acid, flame atomic absorption spectrometry, adsorption 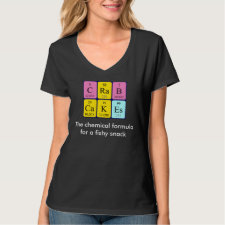