Abstract: In this work, magnetic molecularly imprinted polymers (MMIP) and magnetic non-imprinted polymers (MNIP) were tested as selective adsorbents for quinoline in n-heptane. The synthesis was carried out using chloroform as a porogenic solvent and maghemite (+¦-Fe2O3) as the magnetic component. The thermogravimetric data revealed that the MMIP and MNIP are formed by 73 and 81 wt% of the polymer, respectively. The powder X-ray diffraction patterns of the MMIP and MNIP confirmed that the magnetic component in the polymers was maghemite. The adsorption equilibrium data of quinoline displayed that the Sips models better fitted the isotherms. The maximum quinoline adsorption capacity (qmax) at 298 K was 25 and 14 mg g-1 for the MMIP and MNIP, respectively. The kinetics of quinoline adsorption followed the Elovich model. The negative values observed for the Gibbs free energy (Δ G°) suggest a spontaneous adsorption while the enthalpy values (Δ H°) indicate that the quinoline was attached to the polymers by physisorption. Selectivity tests showed that the MMIP was about 6 times more selective than MNIP for quinoline adsorption. Also, the MMIP was efficient to remove quinoline from a complex matrix of gasoline (10.35 mg/g). Because of its magnetic properties, the MMIP could be easily recovered and reused for at least five adsorption cycles without significant loss in the adsorption capacity
Template and target information: quinoline
Author keywords: Quinoline, Gasoline, adsorption, selectivity, magnetic molecularly imprinted polymers (MMIP) 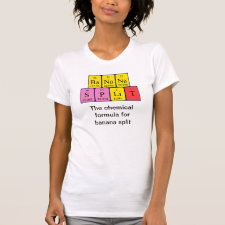