Abstract: Molecularly imprinted technique is a versatile and straightforward way to produce artificial receptors for a given target molecule. The molecularly imprinted polymers (MIPs) have received widespread attention and application, owing to their high physical stability, remarkable robustness and low cost. Despite the tremendous progress made in this field, many changes still remain to be solved. In general, MIPs are prepared by traditional free radical polymerization. However, this approach causes problems such as low-affinity binding, high diffusion barrier, low-rate mass transfer. In particular, it has been demonstrated that most of the MIPs fail to exhibit specific recognition towards the target molecules in aqueous environments although they can be successfully applied to recognize the target molecules in organic solvent media, which severely limits their potential application in some fields. In this work, a new method to prepare MIPs film for the detection of progesterone based on reversible addition-fragmentation chain transfer (RAFT) polymerization is presented. 2-Methyl-2-[(dodecylsulfanylthiocarbonyl)sulfanyl]propanoic acid (DDMAT) was employed as the sole control agent in the UV polymerization. The SPR sensor chip with 50 nm Au was firstly immersed in an ethanol solution of cysteamine (5 mmol/L) for 24 h. The cysteamine modificated chip was washed by pure ethanol solvent repeatedly and dried under a stream of nitrogen. Then the chip was placed in 40 mL acetonitrile solution with 14.6 mg DDMAT and 16.5 mg N,N'-dicyclohexylcarbodiimide (DCC) for 24 h. After that, the chip was washed with acetonitrile several times and dried under a stream of nitrogen. The MIPs film was grafted by UV irradiated without adding additional photo initiator or catalyst in the presence of progesterone (31.4 mg), methacrylic acid (33.4 μL), ethylene glycol dimethacrylate (338.5μL) and DDMAT (15 mg) in 4 mL acetonitrile. The growth process of the MIPs film was monitored by surface plasmon resonance (SPR) in situ. A mixture of PBS (pH 7.4) buffer and acetic acid (v:v=9:1) was used as a washing solution to remove the template molecules from the MIPs film. Results indicated that DDMAT acted as both photo initiator and chain transfer agent during the polymerization. The MIPs film was characterized by contact angle measurements, infrared spectroscopy and scanning electron microscope (SEM). Analysis of SPR spectroscopy showed that the MIPs film coated sensor displayed good sensitivity and selectivity to progesterone compared to other analytes with a similar structure. The response of the progesterone ranged from 10-12 to 10-7 mol/L with a limit of detection (LOD) of 3.24 x 10-13 mol/L (S/N=3) in PBS buffer (pH 7.4). The MIPs film coated sensor also showed good reusability and stability, and kept about 81% of its original response after 30 d of storage under N2 protection at room temperature. In addition, the SPR sensor was successfully used to determine progesterone in tap water, underground water and artificial urine samples with recoveries from 92.9% to 96.5%, which indicated the SPR sensor can be applied for the real sample detection. This method will expand the surface modification of the MIPs film on the surface of different sensors and is a great candidate for rapid, simple and label-free detection of molecules in aqueous solution. Finally, this study opens a door to re-know the roles of chain transfer agents (DDMAT, in this study) in synthesizing MIPs and we believe that the properties of various chain transfer agents will be excavated and utilized in future study.
Template and target information: progesterone
Author keywords: reversible addition-fragmentation chain transfer, Molecularly imprinted polymers, Progesterone, Water-compatible, surface plasmon resonance 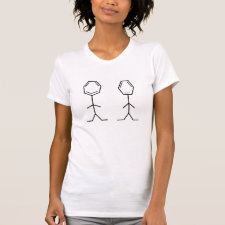