Abstract: A novel molecular imprinting technology was developed to prepare highly selective sorbents, composed of adhesive peptides and microporous silica particles, for the adsorption of target metal ions from aqueous environments. Using solid-phase peptide-synthesis, tyrosine-, lysine-, and histidine-containing peptides were tailored to contain tyrosine-, lysine- and histidine-rich regions. The tyrosine residues of the peptide were converted to 3,4-dihydroxy-L-phenylalanine (DOPA) residues to give the peptides adhesive properties mimicking the adhesion of mussel-foot proteins to wet surfaces. The resulting DOPA-peptides were incubated with target metal ions Ni(II), Cu(II), Co(II), or Zn(II), and subsequently with microporous silica particles, at pH 8.0 and 25℃ . Almost all the DOPA-peptides, with the metal ions, strongly attached to the particles within 24 h and were not detached from them upon washing with an aqueous solution of pH 1-12. However, the metal ions were easily released from the particles at a pH below 7.0, implying that imprinted cavities from the target metal ions, created on the peptide-immobilized silica particles, remained after the removal of the template metal ions. The metal adsorption characteristics of the resulting particles, which were termed metal-imprinted peptide-silica particles (metal-iPSPs), were investigated. The target metal ions were adsorbed to metal-iPSPs at a pH of 8.0. The adsorption kinetics fit a pseudo-second-order model well. The adsorption isotherm was well approximated using the Langmuir model, indicating that the metal-iPSP surface was homogeneous, adsorption sites were equivalent, and the coverage formed a monolayer. The metal-iPSPs exhibited a significant and high selectivity for the imprinted target metal ions in the presence of an equimolar quantity of competitive metal ions
Template and target information: nickel ion, Ni(II), copper ion, Cu(II), Cobalt ion, Co(II), Zinc ion, Zn(II)
Author keywords: Rare Metals, precious metals, 3,4-Dihydroxy-L-Phenylalanine, Adhesive Peptide, Microporous Silica Particles 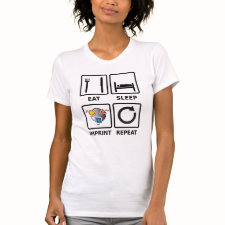