Abstract: Molecular imprinted thermosensitive gels adsorb and/or desorb a specific heavy metal by taking advantage of temperature swing, resulting from the reconstruction/destruction of a multi-point adsorption site corresponding to the shrinking/swelling of the gel network. Imprinted gels were prepared by copolymerizing N-isopropylacrylamide (NIPA) as a thermosensitive component, a chelating monomer and a cross-linker by means of a molecular imprinting technique using Cu(II) ions as a template. Two types of chelating monomers were used in this study, N-4-(vinylbenzyl)ethylenediamine (VBEDA) and N,N'-di(4-vinyl)benzylethylenediamine (DVBEDA), which contain single and dual vinyl groups, respectively. DVBEDA, a novel chelating monomer, was developed to improve the performance of the gel, and the performances of the NIPA-DVBEDA and NIPA-VBEDA gels were compared. Both imprinted gels repeatedly adsorbed and desorbed Cu by virtue of a temperature swing between 30 and 10oC, where the variations in the amounts of Cu adsorbed on the NIPA-DVBEDA gels were larger than those on the NIPA-VBEDA gels. Both of the imprinted gels selectively adsorbed Cu, which was used as a template molecule, from a solution of Cu, Ni and Zn, where NIPA-DVBEDA had a higher selectivity than NIPA-VBEDA. The improved performance of the NIPA-DVBEDA gels can be attributed to critical control of the reconstruction/destruction of the multi-point adsorption site given by the cross-linking of the DVBEDA on the gel network. The Langmuir parameter describing the equilibria of temperature swing adsorption also indicated that the imprinted NIPA-DVBEDA gels were high-performance in nature. Copyright ® 2005 The Society of Chemical Engineers, Japan
Template and target information: copper ion, Cu(II)
Author keywords: thermosensitive gel, Temperature swing adsorption, molecular imprinting technique, N-isopropylacrylamide, Heavy metal 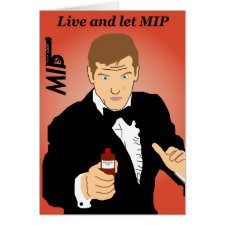