Abstract: In order to investigate the molecular recognition mechanism of molecularly imprinted polymer (MIP) and relative influence factors, a series of MIPs were prepared with three structural analog anticholinergic drugs as templates. The specific solid phase extraction and molecular recognition of MIPs were investigated for anticholinergic drugues and their structural analogs, such as neotropine(1116), penequinine(8018), bencynonatine (8021), kemadrine (1113), anisodine (AT(3)), chlorphenamine (CPA) by solid phase extraction-high performance liquid chromatography. The results showed that the recognition ability of MIPs was associated closely with the conditions of synthesis, for example, the type and quantity of monomers, crosslinkers and initiators, temperature and the template-monomer ratio. The specific molecular recognition and strong adsorption of MIPs using 1116, 8021 and 8018 as templates, methaerylic acid (MAA) as functional monomer and trimethylolpropane trimethacrylate (TRIM) as crosslinker could be observed for three anticholinergic drugs, with weak or no adsorption for structural analogs. The experiments revealed that the non-specific adsorption of MIPs could mainly result from the interaction of polar groups between MIPs and analytes, for example, hydrogen-band etc. The steric shape complementary between analytes and the recognition sites of MIPs played a key role in the molecular recognition process of MIPs
Template and target information: neotropine, penequinine, bencynonatine, kemadrine, anisodine, AT(3), chlorphenamine, CPA
Author keywords: molecularly imprinted polymer, solid phase extraction, anticholinergic drugs, structural analogues 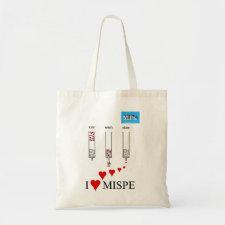